I Can Help With IB Physics IA Ideas

There are 16 ideas detailed in the blog post below

In theory, I support the ethos of the IB and students should be encouraged to come up with their own investigation, based on their own interests; however, I feel strongly that a list of possible investigation titles would be useful when introducing the IB internal assessment investigation to the students.

Not every student will be able to come up with an original idea. As long as they find an investigation that sparks their imagination and can produce workable results – they shouldn’t have to agonise one their topic for weeks.

The new IB syllabus uses five criteria to assess the final report of the students individual investigation. These criteria are below, with the associated weighting:

Whilst Personal Engagement may hold the smallest weighting, it it still important to adhere to the IB ethos and encourage your students to investigate something they are interested in.

In this post, I’m going to provide 16 actionable ideas for IB Physics IA, including advice on which variables might be good to investigate.

I will also highlight what your student’s personal engagement might be and how they will link in to the investigation.

Idea 1
How does the tension and diameter of a string affect the fundamental frequency?

This investigation is a pretty standard physics experiment. It will generate workable data, with nice graphs that are easy to analyse. It can be set up at the back of a lab, with no expensive equipment.

The student will have to determine which independent variable to investigate. They could choose from:

Perhaps the length of the report will mean that they have to investigate more than one variable.

Idea 2
How does sugar concentration affect the refractive index of water?

A great experiment would be to vary the concentration on the sugar solution and to measure the refractive index.

The student would have to fully investigate the best method for determining the refractive index of a liquid.

Idea 3
How does the voltage across the accelerating electric field affect the spacing of the diffraction pattern of the electron diffraction?
(using a Teltron Tube)

Dependent Variable: Distance between the central point of the diffraction pattern and the 1st order maximum

This investigation is really interesting.

With careful data collection and a bit of maths, the results are linear and very pleasing. It is also possible to use the results and determine the spacing between the planes in the atomic lattice of graphite, using the de Broglie Relationship.

The error analysis in this investigation is detailed, but satisfying!

Idea 4
How does temperature affect the viscosity of fluids?

Finding the viscosity of a fluid is a fairly standard sixth form experiment. You would simply use castor oil and ball-bearings of variable sizes.

The following apparatus is needed.

(It is also possible to use light sensors and a computer to measure time intervals or indeed a webcam linked to the computer to record the fall of the ball bearings.)

Email Me 25 MORE Ideas for my Physics IA

You could interpret this investigation in many ways. Firstly, you should decide what the dependent variable means to you in this.

Personally, I would look at the the range of the elastic band. This is easily measured and there are loads of independent variables that will be measurable too.

With this is mind, there are lots of independent variables that can be investigated:

This also means that the control variables should be carefully addressed in this investigation – making it an excellent project for differentiation of abilities.

There are different methods of measuring the Young modulus of a material.

An interesting project could be to investigate which method of finding Young Modulus is most accurate, compared to a textbook value under the same conditions.

Idea 7
Investigate the factors affecting the internal resistances of cells.

Addressing these questions could take a standard sixth form investigation into an interesting and informative project.

If energy is removed from a system undergoing simple harmonic motion (by friction), its amplitude will decrease. This usually follows an exponential decay pattern.

Friction due to viscosity will eventually dissipate the initial energy input to an oscillator and it will return to its position of stable equilibrium. This is called damping.

There are lots of experiments that can be done with fluid damping and the maths is super-pleasing!

You could measure the exponential decay of amplitude for an oscillating system. This will vary depending on the conditions of damping.

The independent variables chosen could be:

Magnetic braking relies on eddy currents. It is caused when a conductor is exposed to a changing magnetic field due to relative motion of the field source (e.g. a magnet) and conductor. Eddy currents are set up in the conductor and these can act as a brake on the motion (Lenz’s Law).

This effect can be seen when a magnet is dropped down a copper pipe. Watch this really short video below:

Idea 10
Investigate factors that affect the surface tension of water

Surface tension is the reason that spiders can walk on water and we cannot!

Surface tension is defined as the amount of energy required to increase the surface area of a liquid by a unit amount.

A good investigation would be to look at how surface tension changes with concentration of soap or with temperature.

An appropriate method of determining surface tension would have to be researched first.

Send Me 25 MORE Ideas for my Physics IA

It is possible to measure the lift of a model helicopter using an electronic balance. Recording the difference between the mass of the helicopter when the rotor blades are not moving and then when rotating, will allow the lift force to be calculated.

Possible factors affecting the lift could be:

Idea 12
How does sugar concentration affect the optical activity of a solution?

Sugar is optically active because the molecules themselves have a twist in them. When linearly polarized light passes through aa sugar solution, its direction of polarization is rotated. The angle of rotation depends on the concentration of the solution and the wavelength of the light. You could make up a solution of sugar (sucrose) and hydrolyse it using dilute acid. As the reaction proceeds, the degree of polarisation changes. The student would have to work out a suitable way of measuring the rotation of polarisation.

Possible factors could be to investigate how the angle by which the polarization plane of light is rotated in a sugar solution depends on:

Idea 13
Investigate the factors affecting the efficiency of a motor

The efficiency of a motor is pretty easy to determine.

The following factors could be investigated to see how they affect the efficiency:

The list is endless and this could make a very interesting investigation.

Idea 14
Factors affecting the efficiency of a transformer

Exam calculations often assume transformers are 100% efficient. They are not.

However, it is one of the most efficient machines because there are no moving mechanical parts in a transformer, therefore it is highly efficient. The efficiency is increased further by:

A great investigation would be to investigate the numerical efficiency of a transformer and how it changes by adjusting the factors above.

Idea 15
Determine the width of a human hair using diffraction

When waves approach a barrier, they diffract around it. The same happens whens laser light approaches a strand of hair.

The diffraction pattern can be observed on a screen, placed some distance from the hair in a darkened room.

Simple geometry allows us to determine the width of the hair strand, b(m), through use of the following expression:

There could be an extended and interesting investigation in this.

Two oppositely-charged parallel plates will produce an electric field between them.

The electric field strength, E, between the two plates can be calculated using:

If a ping-pong ball is given a metal covering (e.g. aluminium foil) and is suspended between two parallel plates with a high potential difference across them, the ball will bounce back and forth between the plates; touching each plate in turn and collecting charge from the plate. This causes it to repel from the plate and accelerate to the other plate. The greater the potential difference across the plates, the greater the charge collected and thus the faster the frequency of oscillation.

It is expected that as the potential difference increases, the frequency of oscillation of the ping pong ball will increase.

The Details of the Investigation

Each pupil in Higher or Standard Level Physics should complete one piece of internally assessed coursework. This will be in the form of an investigation and should take no more than 10 hours. Note that this is not 10 hours of lab work, but 10 hours to complete:

10 hours does not include write-up time.

It should be around 2000 words long, so it’s certainly not equal to the undertaking required for an Extended Essay. Only this one piece of practical work will be assessed. It accounts for 20% of the final mark and is internally assessed by the teacher and externally moderated by the IB. The other required practicals are not assessed directly, but will be examined.

Send Me 25 MORE Ideas for my IB Physics IA 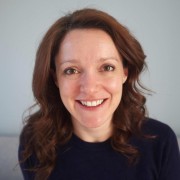 Sally is the Guzled founder and, more importantly, a physics teacher. She led a large and vibrant department for 7 years, after training to teach in London. She is an IB Physics textbook author, Fellow of the IoP, Entrepreneur, Advisor for the AQA, Trustee for Dynamic Earth and an IoP Teacher Network Co-ordinator.

Have you got your FREE GUIDE yet?

Can I email you 25 ideas for your IB Physics IA?

One of these 25 ideas could be used now to get you started with your IB Physics IA.